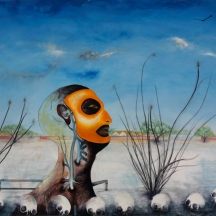 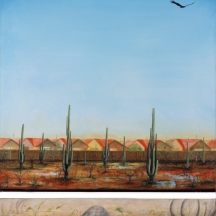 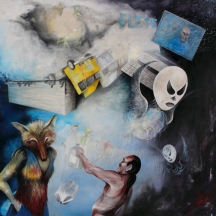 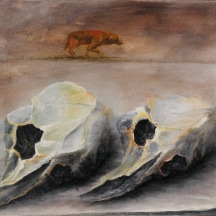 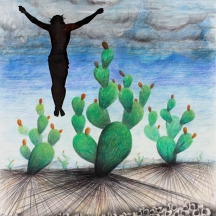 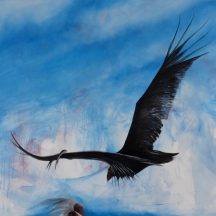 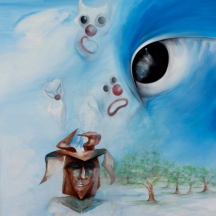 La frontera translates to the border, a barrier that separates.

La frontera between the Unites States and Mexico is a dividing line of economic and political policy. Physically and geographically the wall that separates both countries sets a standard of economic and cultural difference. Originally, the Sonoran desert was a vast and open land that flowed beautifully to what is now known as Arizona and Sonora. The original native people of the desert and large mammals migrated north and south on natural corridors, arroyos, and trails still found in the remote desert. The wall, "la cicatriz," called by the local people of ambos Nogales now divides the once endless sea of low brush mesquite and desert cactus.