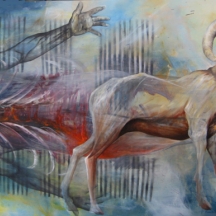 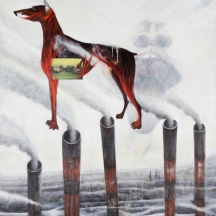 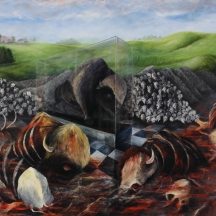 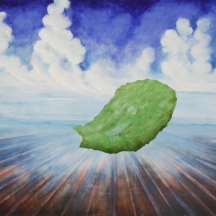 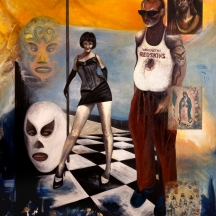 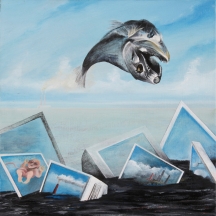 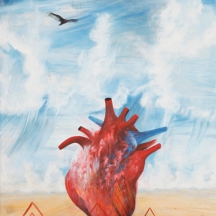 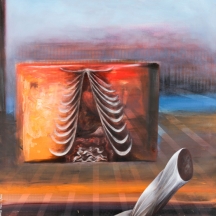 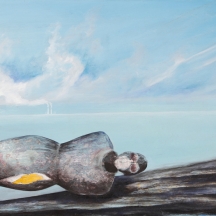 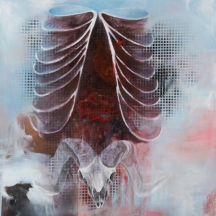 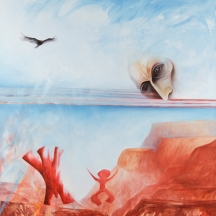 The visual arts made and created in the U.S./Mexican southwest is denied and criticized, due to its lack of contribution to the advancement of the global plastic arts. But this statement in itself is not only partially, but totally prejudicial and false. "The products of the human spirit, like those of nature, are explained solely by their surroundings," says Hipólito Taine, truthfully. Frontier painting has giving from itself, from the flesh and the soul of its creators and it's aimed at the same people from which it emerges. It has not worried itself to compete or to be in the latest cultural fashions, but rather in expressing the reality of its surroundings; such as the desert. The artist who inhabits the border is severe/stern/strict and produces his work from the nothingness. The existential solitude and loneliness are the means of his discourse, and these factors then become precisely the point of reference for the conformity of the borderline's cultural identity . The work of Ricardo Santos Hernández has a tragic element and it reflects the hostility and aggression of present day society. Yet it is precisely within the art where one finds hope and the possibility of reconciliation of mankind's wholeness with his potential to love and to create. Santos Hernández is a painter with definite obsessions. His art has been to construct a more and more expressive language. His theme is: Man in front of adversity and the abyss destiny offers, which he confronts with the intuition and a worldly movement in which he tears the veil that hides our future. His work is very personal, and his human figures carry a monumental distinctive feeling of primitive roots. The plastic and stylistic references of his paintings range from Orozquian Expressionism to the figurative work of Francis Bacon. But in the paintings of Santos Hernández we also find the presence of post-modern elements such as the reevaluation of pop art. His work is definitely incisive, at times violent or expressive (painterly, the art critic "gringos" would say). All these factors contribute to give his works of art a vigorous life of their own. His paintings possess a legitimate poetry which is a product of a rich and developed imagination. The work of Santos Hernández achieves to describe the contemporary reality of mankind, whose essential characteristic, regardless of the inundation of information we get from the internet, continues to be solitude. While we continue to encounter chaos from our world, it's not an alley without an exit. There is also in his art a source of passion in life. Ricardo Santos Hernández, a Mesoamerican artist, knows how to pull out new suns and stars from the silent of the blank and empty canvas.